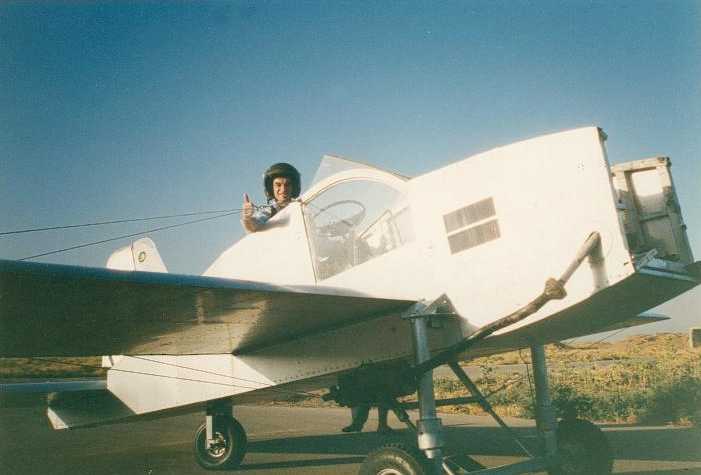 Sometimes people start projects and you can tell from the start that they’re never going to succeed. Sometimes they surprise you – and then again, sometimes not.

Whilst working in Kurdistan, I was pleased to take a break from the daily routine of doing the accounts and being shot at to be invited to have a look at a home-made aircraft. An enterprising Kurdish man (I’ve forgotten his name now, so let’s call him Saeed, which means “happy”) who had never been close to an aeroplane, far less flown in one, took it into his head to build one.

Unfortunately, I can’t report a success story here but the guy still deserves praise for his efforts. As you can see from the photo above, it has a bus’s steering wheel, a car’s exhaust complete with silencer (nice for those living near airports) and a fuselage made out of tea-chests.

A few of my then colleagues, being Aussies, had pilot’s licences. Saeed was delighted to hear of this and invited the pilots, and some others, to view his work. One of the Aussies was quite happy to take the machine for a jaunt around the disused airport but hastily declined the offer of a test flight.

Another, who had even flown Jumbos in his time, stood around looking at the contraption muttering things like, “For a body this size, the wing span should be at least ten times longer…”. Maybe he’d never heard of the bumble bee. Ah well, maybe Saeed’s aircarft (sic!) will never fly, but at least he tried to do something out of the ordinary – good luck to him!

At that time we weren’t always happy with our employer’s rules about R&R (which kept changing as the organisation evolved) and a few of us set up a spoof notice from Head Office saying that anyone going on R&R had to go by Erbil Airways. One guy even produced a timetable with stuff like, “depart: Christmas, arrive: Easter”. The instruction wasn’t particularly well received but it was a bit of fun.

Have you ever known any would-be amateur inventors or engineers? Why not comment and tell us about them?