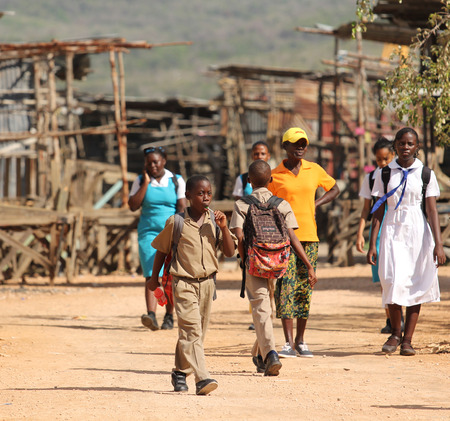 A street scene in a shanty town outside the port of Falmouth, chief town of Trelawny Parish on the north-western coast of Jamaica.

Falmouth was named for the birthplace in England of Sir William Trelawny, Governor of Jamaica at the time the town was founded in 1769. It was a meticulously planned development with wide streets and good water – even having piped running water before New York.

Like its English counterpart, it’s in the county of Cornwall, which in each country’s case is the westernmost county.