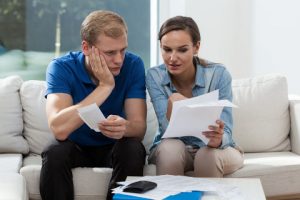 With studies suggesting that you should only be spending 30% or less of your monthly income on rent in order to maintain a good standard of living, there are a number of people around the world that are ‘cost burdened’ by expensive living costs. Comparethemarket.com’s latest study looks into the average monthly salary, rent, and percentage of income spent on rent around the world.

Top 5 cities to rent around the world

With the average household in Seoul spending just 14% of their monthly income on rent, South Korea’s capital is the most affordable city out of 30 cities analysed in a new study. With its rising status as a growing business hub and increasing population, Seoul may be an attractive location for those looking to minimise rental costs whilst looking for new opportunities.

Two of Japan’s largest cities, Osaka and Tokyo, also featured in the top five, taking second and third positions respectively. With the average rent costing $674 in Osaka, this amounts to 15% of a couple’s income – leaving 85% to be spent on other essentials and luxuries. Rent in Toyko costs nearly twice the amount at $1,045 per month, but because wages are higher this results in only 19% of household income being spent on rent.

Whilst all those in the top five remained under the 30% mark based on two people sharing a property, only two were 30% and below for singles.

Asia was the most affordable continent overall with five countries featuring in the top ten, from South Korea, Japan, India, Bangladesh, and Malaysia. Germany was the only entry for Europe, ranking fourth, with inhabitants spending up to 40% of their income on rent.

Surprisingly, the US had two entries in the top ten, with Chicago and Los Angeles both remaining below the 30% mark based on two people’s income, with the latter spending up to 56% of their income on monthly rent payments if they were single. Toronto featured in tenth place, with single inhabitants spending 57% of their income on rent.

5 least affordable cities for rent around the world

Lagos is the most unaffordable city overall, with a relatively low monthly salary of $233, but an average rent cost of $993 per month. With two people sharing a property, the household income spent on rent is a shocking figure of 213%, and 426% for a single person’s income.

All those in the bottom five were over the 30% mark, with more than 50% of household income being spent on rent, whilst single renters could spend all of the income on rental costs, and in some cases even quadruple it.

For more information on the 30% Housing Club or to see the full list, please visit comparethemarket.com.