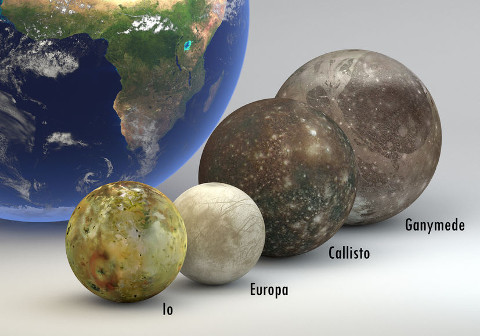 Jupiter’s four largest (“Galilean”) moons, with the Earth for comparison.

As the nickname suggests, these moons were discovered in 1610 by famous astronomer Galileo Galilei and were the first sub-planetary bodies (other than the Moon) to be discovered from Earth. Each of them is of particular interest, for a variety of reasons:

Don’t worry about the title – none of these natural satellites is believed to be a masquerading Death Star.