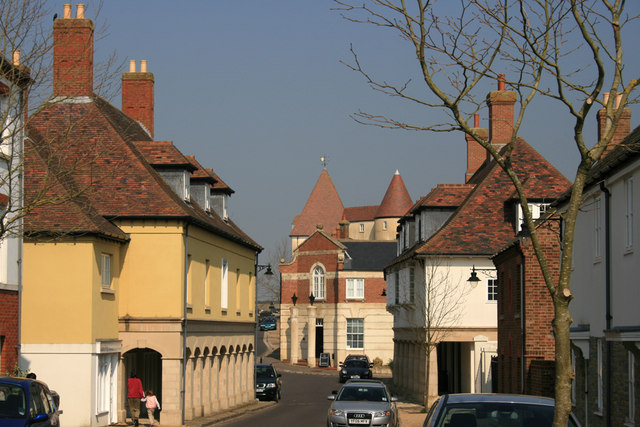 Middlemarsh Street in the village of Poundbury on the western outskirts of Dorchester in Dorset.

Poundbury’s a new development built entirely on land owned by the Duchy of Cornwall, the Prince of Wales’ estate. Construction began in 1993 and is due to be completed in 2025.

It’s an unusual concept and not without its controversies. For instance, it’s designed as a high-density urban environment rather than the more usual suburban style of post-Second World War town planning. And the designers have eschewed traffic signs and markings on the roads not “adopted” by the local council, which some have argued makes them dangerous for users.

As for the architectural style, it has its champions and its detractors. Criticism tends to focus on the kitschiness of the project (one critic described it as “grimly cute”). Praise tends to be that it’s not aspiring to be original, but to be pleasing. As Oliver Wainwright said in The Guardian, “A growing and diverse community suggests it’s getting a lot of things right.”