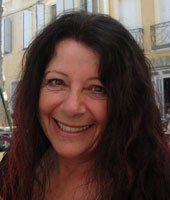 Moving overseas with children can be stressful for child and parent alike. British Expat is glad to offer help, through the kind co-operation of Ruth Coppard of HelpMeHelpMyChild.com. You can get in touch with Ruth about your problems through our pages.

My parents were both teachers and it was almost inevitable that I would go into something involving children. And so I became the fourth generation in our family to teach. My first degree was in Psychology, however, and after two years’ primary teaching I took the Master’s Degree that would qualify me as an Educational and Child Psychologist.

I have been a Child Psychologist ever since, through the birth and growing-up of my two children, in Education Departments, a Special School and now the NHS. I have been working for over six years in the Hospital Department of Child Psychology locally, but also do legal work involving children, write for magazines, am interviewed for the media – the BBC, The Times, Junior Magazine and others.

As a Child Psychologist, I have seen many children with many problems – some complex but some relatively simple to an outsider. So often something that seems almost insurmountable when you are living with it, is quite easily resolved with experience and the clarity that comes from not being personally involved. Children don’t come with instruction manuals, but – probably like computers and cars – they are not so complicated. Children may be unhappy or lonely or bored and sometimes that’s all right; sometimes they need help. It is estimated that at any one time, about one in five children could do with the support of a psychologist.

My son’s best friend has just been killed in a car crash – he’s devastated.

How awful for you all. It is probable that he hasn’t come across death much before – it’s all very different. Fifty years ago, everyone lived closer together and was much more aware of people dying. But even then, a young person dying would have been a great shock.

Bereaved people go through much the same stages as dying people: denial, anger, bargaining, depression, acceptance. So I imagine your son initially couldn’t believe the news, and then was angry with all of you and with life. I hope he had a chance to attend the funeral and that you have given him the opportunity to talk about it – more probably, you have given him the chance and he won’t – or isn’t able to – talk.

Whatever, show that you love him and be there for him. Everyone grieves differently and while some people talk and talk, others seem to bottle it up; sometimes time makes the difference. All you really can do is be there for him and be happy to talk about the friend and what good times they had together. If your family is religious, maybe someone from the church can talk with him, or perhaps there’s a counsellor at school.

Of course some people find it easier to cope all by themselves – stiff upper lip etc. You might find that he really appreciates some poems and writings about death and can gain from the fact that other people have felt as he does. There must be others at school who are suffering, and perhaps that will help.

In any event, this is going to change him. He will be more grown-up now. It is sad that anyone has to experience grief when they are young, but perhaps this will persuade him to make more of his life, to try harder and achieve more.

Keep an eye on him and if you feel he is becoming depressed, rather than very naturally sad and unhappy, ask your doctor for advice.

Our daughter is a real blue-stocking, she’s not like us at all, doesn’t seem to like having a good time and being sociable. Of course we love her, but…

I think this is one of the hardest things about parenting. As a parent, I worried that my children would become very religious – not that we would love them less, but that I wouldn’t be able to understand what they were feeling and couldn’t share.

Since then I’ve seen it a lot; most often with fathers who have sons who are totally uninterested in sport. So the beloved and much hoped-for son doesn’t want to watch football or cricket with dad, won’t go on bike rides, and says, “Do I have to?” when you suggest swimming. The father (or mother) feels badly let down, and the son is left feeling Not Good Enough. Similarly with Mums who love shopping and dressing up and find they have a daughter who can’t see the point of fancy clothes. On a more minor level, so many people have said, “She or he must be a changeling. They don’t like anything I like.” Or “How did we have a son who is so tidy/good at maths/good at the piano?”

One of the wonderful things about children is that they become themselves. They are not miniature versions of their parents, but their own people. And of course, they sometimes inherit characteristics from others in the family. One mum who brought her daughter to me because she was worried she was withdrawn and depressed, suddenly realised that she was actually very like her maternal grandmother who never went out and was happiest pottering about the house.

Try to be friends with your daughter even if you can’t understand her. Don’t just “allow” her to be different, try to understand what she gets from it. The more you take time to be with her and ask both what she enjoys in her life and what she dislikes about yours, the more you’ll understand her. She may actually be very sociable – but not get on with your friends; her idea of a “good time” could just be very different to yours; you might enjoy big gatherings, she might prefer smaller parties; you might enjoy dressing up, she might prefer to be casual. Perhaps try some of the things she enjoys, you might find them surprisingly enjoyable.

And remember not to disparage her pleasures. They are not the things you enjoy, but they are valid.

My son has become very good friends with some Arab boys from his school; they have lots of money and seem nice enough, but I’m worried.

Of course they could be very nice boys, in every way, but I do understand what you mean. At school, my son became great friends with Asian boys. They were lovely, kind and bright and good friends to him. But there was a hiccup at about 17 when they withdrew into their ethnic group and didn’t want my son around. This only lasted for a couple of years and they are now good friends again, but it was not a happy time. Even now, they occasionally do things together and exclude him.

Realistically, you cannot choose your son’s friends. He does that for himself, and for reasons that you might not understand, and perhaps might not appreciate.

Look closely at your own motivations. Are you worried because these boys represent a lifestyle that your son can’t possibly keep up with? Are you worried because these are boys from families you are not friends with and can’t really understand? Are you anxious because their cultures are very different and you feel you might be losing your son? Or would you be worried whichever friends he chose, because you want some control of his life?

You would be right on all points – in many ways, your son is not like the friends he has chosen. He comes from a white, probably middle-class background, probably more Protestant than not. He has chosen friends who are Muslim, whose ideas about family and status are very unlike yours. This is, of course, how change happens. There is a gradual erosion of both types of thinking and they meet somewhere in the middle. You might want to talk to his teacher to reassure yourself that these are good boys who share some of your values.

I think that you must try to tread a narrow line. Be open to his enthusiasm for his new friends, welcome them to your home, be interested in what he tells you. See if you can develop some relationship with the parents of the new friends. But try also to encourage other friendships. Perhaps you could organise some family trips along with other families you are friends with. It can never be a bad thing to be friends with a range of people.